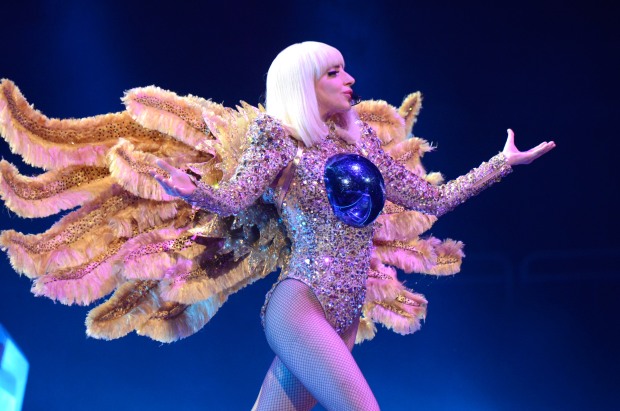 Lady Gaga performs onstage during her “artRave: The Artpop Ball” at Consol Energy Center on May 8, 2014 in Pittsburgh City. (Photo by Kevin Mazur/WireImage)

It’s been a tough year and a half for Lady Gaga. Her album Artpop was a disappointment to all but the most diehard fans when it was released in late 2013, followed by weird antics that somehow weren’t as charming as those we’d come to expect from the meat-dress wearing heroine of days gone by (neon vomit performance art at SXSW, anyone?). Then there was the cancellation of Gaga’s May 28 concert at Key Arena due to a severe case of bronchitis just hours before show time.

But fans of Lady Gaga weren’t disappointed by the spectacle that is “ArtRave: The Artpop Ball” when it descended on Key Arena Friday night. The diminutive but larger-than-life singer gave it all she’s got and has clearly bounced back from her first major career misstep, as well as the hip surgery that caused her to cancel all remaining dates of the acclaimed “Born This Way Ball” in early 2013. The “Artpop Ball” attempted to close that gap and reconnect where she left off, while trumpeting new material and Gaga’s current pop-as-performance-art philosophy.

The Key Arena show consisted mostly of material from Artpop’s better moments (“ARTPOP” and “G.U.Y.” kicked things off), with a heavy sprinkling of older Gaga classics. She looked strong and healthy – few can stomp in mile-high stilettos the way that Stefani Germanotta can – and her voice sounded as full as ever. Gaga knows how to make an entrance: the translucent stage and sprawling catwalks filled with smoke and a fleet of backup dancers while Gaga materialized in shimmering gold wings, a blue mirror ball attached to her bodice.

“Donatella” ended the first segment, with the star reappearing for “Venus” in her highest bouffant wig and seashell bikini. Giant inflatable flowers popped up through the catwalks as backup dancers dashed around in pastel sea-monkey-esque costumes and headpieces. Gaga unleashed full voice for “MANiCURE”, proving that though she’s famous for fashion-centric antics, she’s severely underrated as a vocalist. At several points throughout the evening Gaga called out critics that accuse her of lip-synching, joking even as she played piano that it really wasn’t her (“There’s a man playing this backstage for me right now,” she deadpanned). 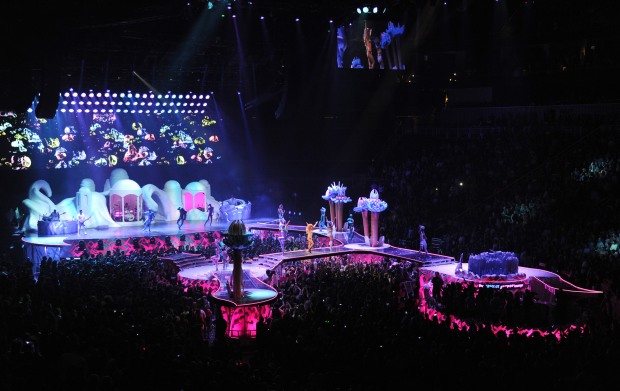 The next mini-set included a Fame Monster suite of songs. “Just Dance”, “Poker Face”, and “Telephone” ushered in another costume change to wild cheering from the audience. Gaga the scruffy club kid singing about unrequited (slightly psychotic) love while dreaming of being famous feels more relatable than Gaga singing about actually being famous. Therefore, this portion of the set was the most fun. An interlude of “Partynauseous” followed; not one of her best, but amidst the thundering bass Gaga exited and reappeared in a bouncy, cartoonish octopus tentacle dress for “Paparazzi” and “Do What U Want”. 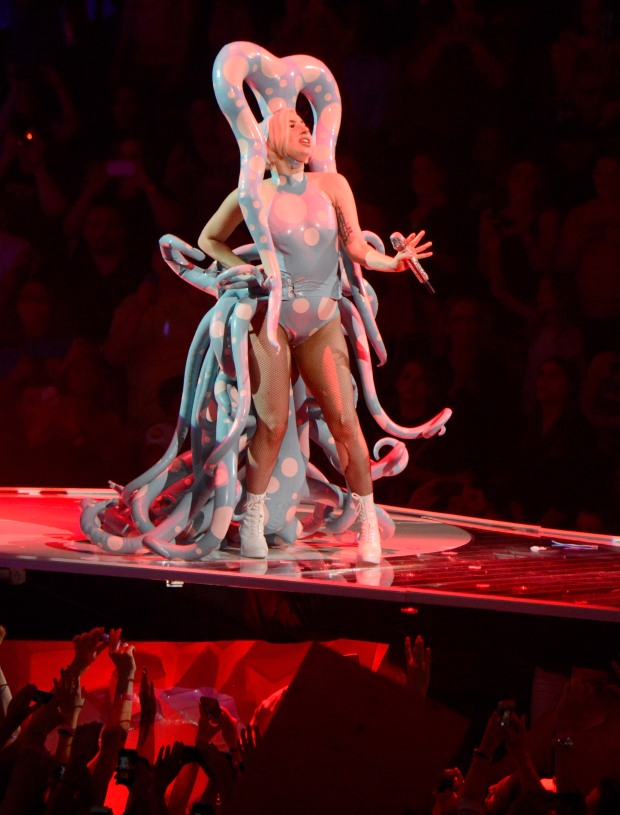 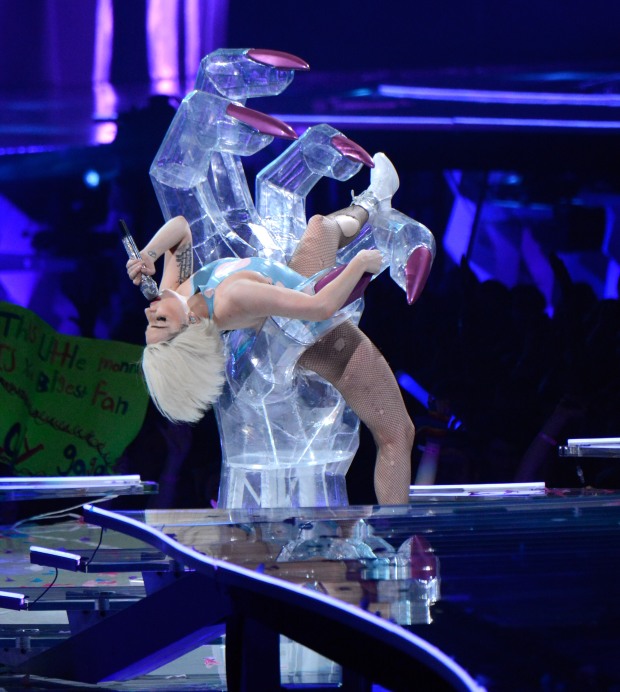 Taking a seat at her crystal-encased piano, Gaga took a moment to point out her father, Joe Germanotta, in the pit and asked the crowd to join her in singing happy birthday to him. She dedicated “Dope” to him and moved on to a heartfelt, slowed-down “Born This Way” from the small catwalk stage. She apologized multiple times for canceling the previous Seattle date, assuring fans that she didn’t want to deliver any less than her best and wanted to make it up to them. After the brief piano segment, she sang a portion of “The Edge of Glory” followed by “Judas”, featuring some of the original choreography from the video. Fans began to throw piles of gifts and letters onstage and Gaga (as she does at every show) took a moment to read a few aloud, inviting several teenagers to join her backstage after the show for sharing their deeply personal letters. 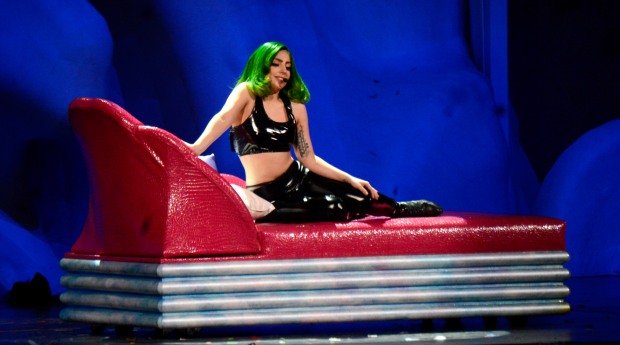 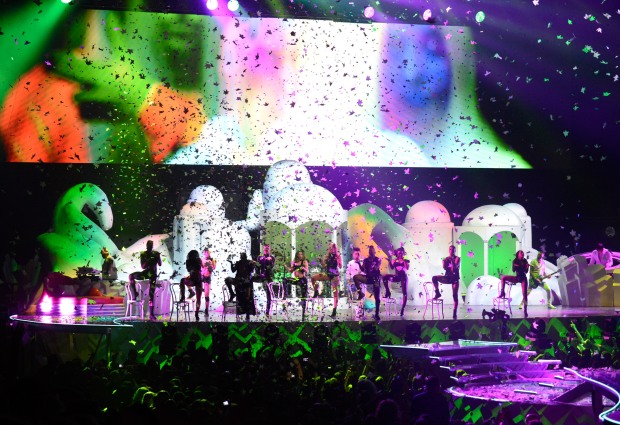 “Aura”, “Sexxx Dreams”, and “Alejandro” featured another costume change and a final blowout of “Bad Romance”, “Applause” and “Swine” (complete with sequined pig mask). Though the new material is lackluster, the show delivered; ending on a high with a piano-laced encore of “Gypsy”. If fans were disappointed with the new material, they didn’t show it – even the farthest arena sections were mostly on their feet. Gaga is at her best when her voice and talent cut through the bluster, and there was enough of that to satisfy. Given time to consider her next moves, the industrious 28 year old will undoubtedly overcome any recent career missteps and surprise us all with future albums that stand to be the best of her career. 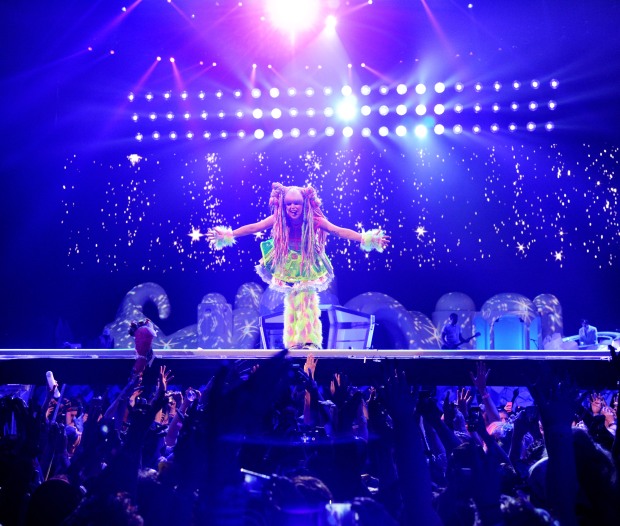 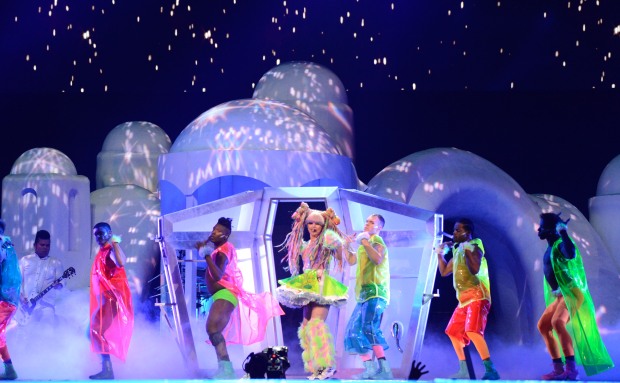