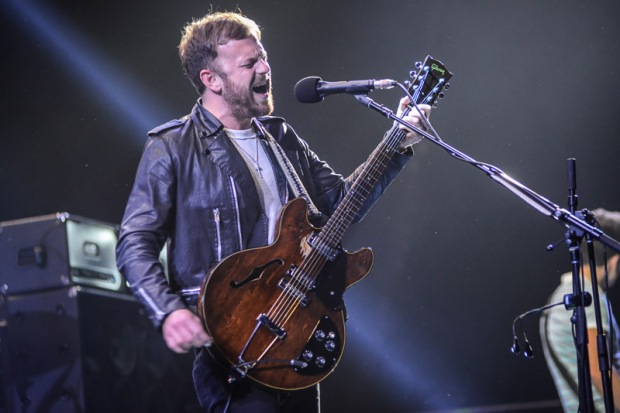 Having never seen Kings of Leon live before, my first impression from crossing paths with them at Key Arena on the final leg of the “Mechanical Bull” tour was that their big, mean Southern rock sound had somehow miraculously made the jump from rock clubs and bar rooms to mainstream arena tours and that maybe, just maybe, they’d be happier back in the clubs.

It’s not easy for any band to connect with an audience in a huge, impersonal chasm of a room like Key Arena. Their music was effortlessly, if not perfectly played, so it wasn’t as if those in attendance didn’t get their money’s worth. The clean-cut brothers (and one cousin) from Nashville delivered 26 songs over roughly two hours; a long stretch for any musicians, let alone a group of guys playing nearly every night since the beginning of February and now firmly entrenched in the last gasp of a grueling tour. Coupled with what one would have to assume are weird, fluorescent, arena-appropriate backstages, cramped buses, and that elephant in the room which is the space between band and audience, it’s no wonder Kings of Leon looked a little worn down. In fact, they didn’t really move much.

They did their jobs appreciatively and spot-on, regardless: the uber-polished sound of every song belied a band that’s honed their craft carefully over countless shows around the world. Some have done it practically since birth: at the time of their very first release in 2003, the youngest of the Followill brothers was only 16. Before that, it’s reported that the now full-grown men spent much of their early lives driving through the southern United States with their parents (their father was formerly a United Pentecostal Church preacher). 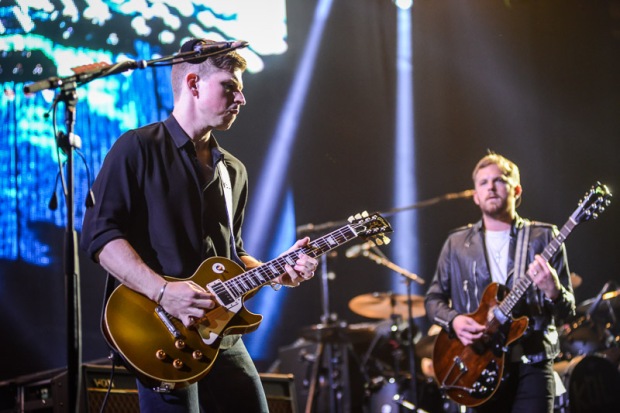 Perhaps from this unusually road-tested background, Kings of Leon have honed one critical skill: pacing. Aside from sheer professionalism, the ability to muster energy by increments throughout the night was most impressive. Starting out with “Charmer” and “Rock City” and on to “Temple”, they were restrained and a bit flat, but over the course of the set hit all the high points (“Family Tree”, “Back Down South”, “Wait For Me”). By the time they busted out “Supersoaker”, the time-release energy reserves started to appear and Kings of Leon let go as much as they could, bit by bit, until they drove the whole shebang home with a three-song encore including last hurrah “Sex On Fire”.

An audience may tire of standing for two solid hours, but Kings of Leon made it look like they could do it in their sleep. Which is perhaps exactly what they need before hitting the grueling festival circuit this summer – lots and lots of sleep. 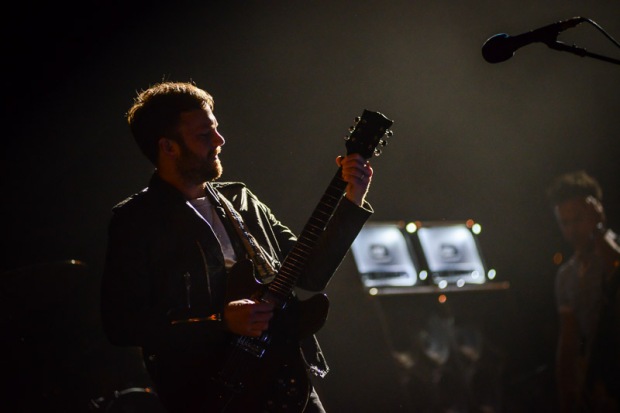