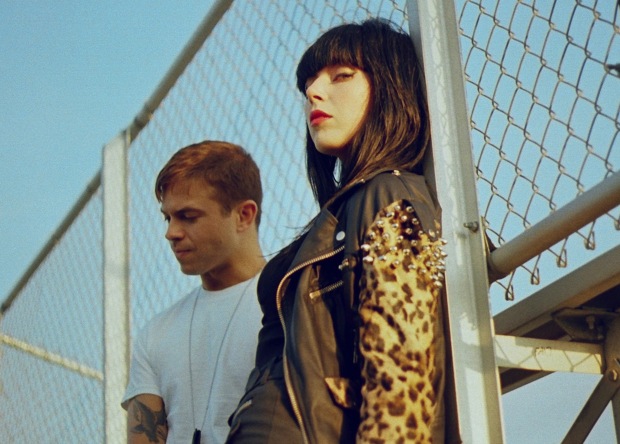 Sleigh Bells’ frontwoman Alexis Krauss is a bit like the bad girl you longed to be friends with in high school but were too afraid to sit with on the bus.  She’s slightly menacing but beautiful: a tiny but dynamic figure in denim cut-offs over prerequisite lacey tights, a cropped black Everlast t-shirt, thick black hair, and mean tattoos. Krauss radiated charisma and cool Saturday night at the Showbox at the Market; stomping all over the stage as if she owned the audience.  Which of course, she did.

Touring on the heels of brand new record Bitter Rivals (their third release), Krauss and Sleigh Bells protégée Derek Miller filled out their live setup with an additional guitarist and drummer plus a baseline of pre-recorded samples. Together they busted out a gorgeous racket, making pairs of hip boyfriends and their young gazelle-like lady friends lose their minds.

Opening with new songs such as “Minnie” and “Tiger Kit”, Krauss worked the room, spinning on her heels while playing to the dance-punk diva worshippers packed into the first few rows.  When “Crown on the Ground” was unleashed in all its glory (the hit from debut album Treats enjoyed a resurgence last summer when it was featured in Sofia Coppola’s The Bling Ring) the wooden floors of the Showbox started to sway and bounce with en masse dancing – always the mark of a memorable night at The Showbox.

The set was a relentless sonic assault of the best kind, plowing through new single “Bitter Rivals”, as well as “True Shred Guitar”, “You Don’t Get Me Twice”, “Riot Rhythm” and “Infinity Guitars”.  Alexis’ powerful vocals more than held their own among the din; an encore featuring new track “Young Legends” crystallized her softer pop sensibilities as well.

Sleigh Bells have navigated the pivotal third record turning point successfully with Bitter Rivals by sticking with the formula we’ve come to adore – a surprisingly danceable wall of obliterating white noise coupled with airy, candy-coated pop vocals – but delivering something new in the process. Amidst the trademark pseudo-metal guitar riffs that slice through clattering hip hop beats, Sleigh Bells even flirt with a little acoustic guitar and piano as punctuation here and there. Alexis’ vocals now more directly reference her pop R&B influences (fittingly, classic tracks from Janet Jackson, Mariah Carey, Michael Jackson, and Madonna were played pre-show). It could be a case of a band learning to edit the sound they’ve already discovered works quite well, and in the process they’ve shattered all their own rules.

It’s a side of Sleigh Bells we were hoping for, proving they’re much more interesting than the band we thought they were (and that band was already one we loved, turning out two acclaimed albums with Treats and Reign of Terror). Touring for Bitter Rivals, Sleigh Bells prove they’re not simply married in perpetuity to the loud/soft wallop they so expertly deliver. For now clever experimentation will scratch that sonic itch – at least until album number four. 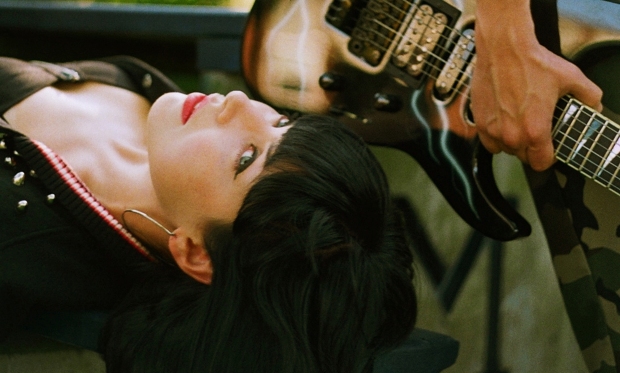 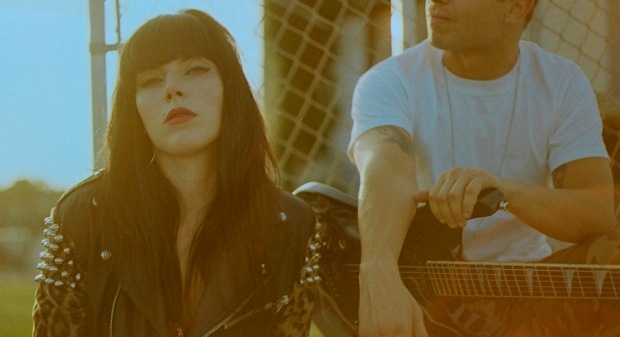